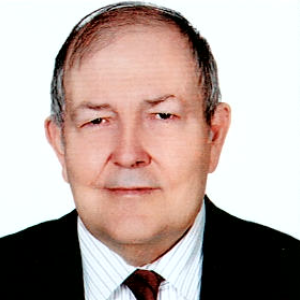 Dr. Ayhan’s clinical practice focuses on the radical surgical treatment of gynecological malignancies, especially in ovarian neoplasms; cancer screening; detection and treatment of preinvasive lesions, and colposcopy.  He developed several novel approaches for surgical treatment of gynecological diseases.  His basic research focuses on studying the pathophysiology and molecular pathobiology of gynecological neoplasms, defining the molecular pathways of invasion in female genital tract tumors and to devise novel treatment approaches for primary and recurrent gynecological cancers.  Dr. Ayhan worked very hard for the development of gynecological oncology as a subspecialty in Turkey. He became the leader of gynecologic oncology in Turkey by educating most of the chairmen of the Turkish institutes in his high volume center.  He has been organizing the biennial meetings of the Turkish Society of Gynecologic Oncology since 1988 and he has organized more than 100 regional meetings within Turkey to improve the level of training in each corner of his country.

Dr. Ayhan throughout his career has been an extremely active and enthusiastic teacher; he has influenced medical students, gynecologic oncology trainees and practicing gynecologists through his operations, lectures, books, discussions and individual mentorship.  Dr. Ayhan has authored over 250 peer-reviewed papers indexed in SCI with a h-index of 36, and has presented over 1,000 national and international lectures since 1979.  He is the creator, coordinator and one of the editors of “ESGO Textbook of Gynaecological Oncology” for the 1st, 2nd and 3rd-current- editions.  He is the initiator and currently the Editor of Turkish Journal of Gynecologic Oncology and serves on the reviewer boards of many respected academic journals including Gynecologic Oncology, International Journal of Gynecological Cancer and European Journal of Gynaecological Oncology. Dr. Ayhan is a member of numerous national and international prestigious societies.

Dr. Ayhan has received several prestigious awards such as the “Scientist of 2009 Award” by the Society of Clinicians (Social Branch of Turkish Mediterranean Region Society) in 2010, the “Oncology Service Award” in 2011 by Turkish Ministry of Health and Welfare, the “Lifetime Achievement Award” in 2013 by The Foundation of Health Volunteers in Turkey, and “A Lifelong Dedication to Gynecologic Oncology Award” in 2013 by Lebanese GOG.