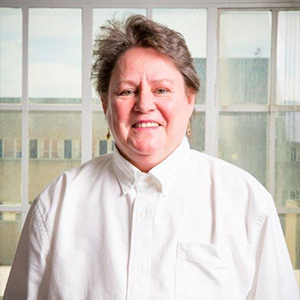 Lynette Denny is the Chair and Professor of Obstetrics & Gynaecology and registered sub-specialist in gynaecological oncology at Groote Schuur Hospital and University of Cape Town. Her research interest for the past 15 years has been in preventing cervical cancer in low resource settings and she has published over 100 peer reviewed papers on the subject. She has been a keynote speaker at numerous international conferences. She was awarded the “Distinguished Scientist for Improving the Quality of Life of Women” by the South African Department of Science and Technology in 2006 and is a B2 rated scientist by the National Research Foundation of South Africa. She was the first recipient of the Shoprite Checkers SABC 2 “Women of the Year” award for Science and Technology in 2004. She was awarded the South African Medical Association award for “Extraordinary Service to Medicine” in 2012 and given a Fellowship ad eudeum by the Royal College of Obstetrics and Gynaecology, United Kingdom in 2012.

Professor Denny was presented with the British Society of Colposcopy and Cervical Pathology Founders’ Medal at the 15th World Congress for Cervical Pathology and Colposcopy in London, UK in May 2014.  This award is in recognition of the outstanding work she has made to women’s health and the prevention of cervical cancer in Africa.

For her contributions to the fight against cancer in South Africa, Professor Denny was awarded the CANSA AG Oettle Memorial Award in September 2015 and the following month received the International Federation of Gynaecology and Obstetrics (FIGO) Award in Vancouver, Canada.  This award is in recognition of women obstetricians and gynaecologists.

In June 2016, Professor Denny was awarded the International Agency for Research on Cancer (IARC) Medal of Honour Award in Lyon, France for “outstanding contributions to cancer research, particularly in relation to work on cervical cancer prevention among disadvantaged communities.”

Professor Denny has, and continues to, collaborate with other international researchers and has successfully raised substantial amounts of funds in order to conduct important and innovative research.