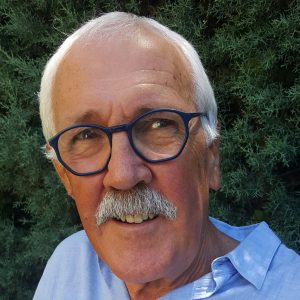 For the successful development (10+ years) of the Dutch School Fellowship and Gynaecological Cancer Nurses Programme in Indonesia.

The career of Prof. Heintz is characterized by a strong interest in women with cancer, in the western world as well as in the developing world. Prof. Heintz received his OB/GYN and oncology training at the Leiden University Medical Centre and the Netherlands Cancer Institute. At the beginning of his career, gynaecologic oncology as a recognized subspecialty only existed in North America and Australia. Thus, he travelled to the University of California Los Angeles in the USA to finalize his training in gynaecological cancer from summer 1983 to summer 1984, under the supervision of prof. Leo Lagasse. He then returned to Leiden University to obtain his PhD.

Internationally, he was one of the four founding members of the International Gynecologic Cancer Society (IGCS) which included Neville Hacker, Paul Morrow, and Denny DePetrillo. Throughout the years, he served as a member of the IGCS Scientific Committee for ten Biennial Meetings and held positions of Board Member, Vice President and President. He also served as an editor of the International Journal of Gynaecological Cancer from 1987-2002 and a served as a Council Member of the European Society of Gynecologic Oncology (ESGO) from 1999-2002. Prof. Heintz was one of the forces behind revitalization of the European Society of Gynecologic Oncology (ESGO). Together with his European colleagues he succeeded in turning this society into a vivid partner of IGCS in the global fight against cancer.

In the past ten years, Prof. Heintz has received the IGCS Excellence Award (2008), the Doctor Honoris Causa in Medicine, (Universitas Indonesia, Jakarta, 2011) and the Royal Honour of the Dutch Queen: Officer in the Order of Oranje Nassau (2012).

From 1988-2006, he was Professor of Obstetrics and Gynaecology, including Gynaecologic Oncology at the University Medical Centre Utrecht. Twenty-seven PhD students have successfully completed their PhD research under his supervision. He is also the author/co-author of more than 230 publications of which 173 are presently listed in PubMed.

About the Dutch School of Gynaecologic Oncology and Pelvic Surgery

Prof. Heintz’s interest in cancer care in developing countries started in 1986 when a young Indonesian gynaecologist, Dr. Andrijono, inquired about gynaecologic oncology training at the Netherlands Cancer Institute. This was the beginning of a long-standing relationship and friendship with Professor Andrijono and his staff at the University of Indonesia in Jakarta. When Professor Heintz moved to Utrecht University, he continued to train gynaecologists from Jakarta and visited Indonesia to teach on a yearly basis. In 2002, the Indonesian Society of Gynaecologic Oncology was founded and from that time on, Indonesia had its own fellowship programme. In this programme, Professor Heintz worked together with Indonesian colleagues to facilitate the founding of the Dutch School of Gynaecologic Oncology and Pelvic Surgery in 2007. At the Dutch School, gynaecologists and gynaecologic oncologists of several Dutch teaching hospitals worked together with Indonesian teaching hospitals to train young Indonesian gynaecologists in oncology and pelvic surgery.

The cooperation between the Indonesian Medical Schools/Universities and the Dutch School includes the following activities:

Between 1988 and 2018, 44 Indonesian gynaecologists and one pathologist received additional training in the Netherlands. From 2007 to present, professor Heintz has served as the Chairman of the Dutch School of Gynaecologic Oncology and Pelvic Surgery. All Dutch teachers are gynaecologic oncologists from Dutch Academic Cancer Centres, and they work free of charge. Only costs of travelling are reimbursed.

In 2011, the Dutch School started a visiting teacher programme for oncology nurses and the head of this programme has been Professor Saskia Teunissen. Based on these experiences, it was clear that a sub-specialization programme for nurses was needed. In 2014, the first class of 30 nurses started with the training at the Dharmais Cancer Hospital in Jakarta. In 2015, the second class of 30 nurses started in Yogyakarta. The teachers are senior oncology nurses from the University Medical Center Utrecht and the Academic Hospice Demeter, De Bilt. At this moment, 60 nurses have been examined and received their oncology sub-specialization certificate. This year, the programme will be continued with an additional two courses on palliative care and pain management, and in 2019, two new classes of nurses will start their oncology sub-specialization.

The activities of the Dutch School are supported by gifts of several Dutch charity foundations. The Indonesian partners of the Dutch School take care of the local hospitality in their country. The fellowship programme was partly sponsored by IGCS. Detailed information is available on: www.dutchschool.nl.