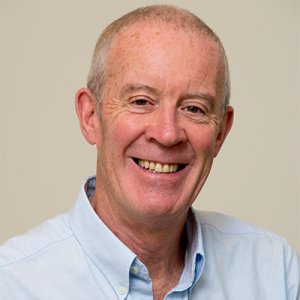 The Jeannie Ferris Cancer Australia Recognition Award was established by Cancer Australia in 2013, to recognize outstanding contribution to improving outcomes for women with gynecological cancers. The award is named in honor of the late Jeannie Ferris, Senator for South Australia, who was passionately committed to raising awareness about gynecological cancers.  Senator Ferris was diagnosed with ovarian cancer in October 2005 and passed away in April 2007.

Earlier this year, current IGCS President, Prof. Michael Quinn was chosen for this award as he is highly regarded nationally and internationally for his leadership in gynecological cancer and as a respected gynecological oncologist, researcher, and innovator. Professor Quinn co-founded ANZGOG in 2000 and was Chair from 2009 until 2012. He cofounded AOGIN in 2005 and has held several key positions internationally including, chair of the Gynecologic Cancer Intergroup (the world’s largest gynecological cancer clinical trials group) from 2010-2012, Co- Chair of the Oncology Committee of FIGO and he is currently President of the International Gynecological Cancer Society.

IGCS would like to celebrate its member achievements. All members are encouraged to inform us of award and honors received. Please email IGCS CEO, Mary Eiken at mary.eiken@igcs.org with the good news!