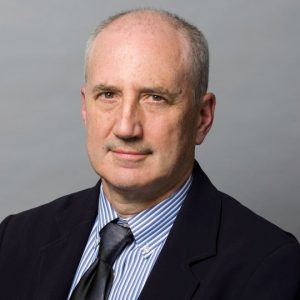 For developing initiatives and collaborating with low- and middle-income countries to support cancer control planning, build capacity and support cancer research and training. They have been instrumental in assisting IGCS to make inroads into under penetrated regions of the world.

In 2011 Dr. Harold Varmus, then Director of the US National Cancer Institute (NCI) appointed Dr. Trimble the founding Director of NCI’s new Center for Global Health (CGH). Under Dr. Trimble’s leadership CGH has become the coordinating point for NCI’s work to strengthen global cancer research, to train future generations of global cancer researchers, and to help translate research into policy for cancer control. NCI CGH has been recognized worldwide for its work in the development of affordable cancer technology, national cancer control planning, and training.

From 1991 to 2011 Dr. Trimble worked in NCI’s Division of Cancer Treatment and Diagnosis, with responsibility for national and international NCI-sponsored treatment trials in gynecologic cancer, as well as cancer trials for the elderly, adolescents and young adults, international collaboration in cancer clinical trials, and strengthening assessment of patient-reported outcomes and health-related quality of life in cancer trials. He spearheaded the NCI’s Clinical Announcements regarding chemoradiation for cervical cancer (1999) and intraperitoneal chemotherapy for ovarian cancer (2006), both of which changed the standard of care for women with gynecologic cancer. For his work at the US NCI Dr. Trimble has received two Public Health Service Commendation Medals, six NIH Merit Awards, and the NCI Director’s Gold Star Award.

Dr. Trimble graduated from Harvard University (BA), the Johns Hopkins University School of Medicine (MD), and the Johns Hopkins University Bloomberg School of Public Health (MPH). He trained in obstetrics/gynecology at Vanderbilt University Medical Center and in gynecologic oncology at Memorial Sloan-Kettering Cancer Center. He is board-certified in obstetrics and gynecology, as well as in gynecologic oncology, by the American Board of Obstetrics and Gynecology.

About the NCI Center for Global Health (CGH)